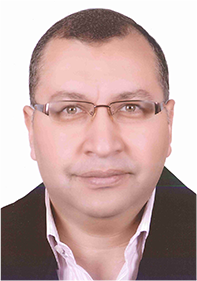 Yasser Abdelrahim (In English)
Day 2 - Monday
An attractive magazine cover has its own secrets. To reveal those secrets this workshop will focus on factors that make a magazine cover visually striking. Since most magazine consumers are driven by what is shown on the cover, a magazine cover determines the success of the publication. One of the secrets that I can reveal in this description is that a magazine cover is more than an arrangement of elements; it is the image that reinforces the brand of an ‘elite’ medium. It is an artistic, journalistic, and marketing tool. This workshop will show you how to design visual appealing covers using the Adobe InDesign. Would like to get all secrets of magazine cover design whispered? Come and join me.
Abdelrahim practical career started in 1993 as a newspaper designer. He worked as a newspaper designer from 1993-2000 in Al-Alam Alyoum (The World Today) newspaper, which was the First Arab daily economic newspaper. He was appointed as the Art Director of the Egyptian Armed Forces newspaper from 1996-2000. He also worked as Art Director for different newspapers and magazines in Egypt.
Room – W3–202 (West Building, 2nd floor, Mac Lab)
Language – English
Time: 14:00 ~ 16:00pm